I’m a recording engineer, producer and musician, with a long track record. I started in the early seventies at TPA (Tin Pan Alley) Studios in Denmark Street, London, as maintenance engineer and after a while became a balance engineer. I was pretty much self-taught and instead of following the traditional path of tape-op and tea-boy was thrown in at the deep end and learned by trial and error. Later, I had the privilege of watching, listening and learning from some of the world’s greatest artists, engineers and producers.

In 1975 I became chief engineer at Relight Studios which was one of the first 24-track facilities in the Netherlands. I worked there for around six years and continued as a freelancer for many more. In those times I recorded and mixed numerous gold and platinum albums and produced a few too. Here’s what the Rock ‘n’ Roll legend Herman Brood’s manager Koos van Dijk had to say about me (in Dutch) in a TV “Classic Albums” episode (thanks Koos!) You can see some of the albums I’ve worked on by clicking here.

Throughout the years of recording and mixing in commercial studios I always dreamed of owning my own place. Now, at last, the dream has come true and I have my own mixing and mastering room. The facilities at my disposal are far more advanced than anything I ever had in the old days, even in the major studios, thanks to current computer technology.

I’m very happy working on my own music and helping out friends but also want to offer my experience and services to others at an affordable price. The rates page details the options. I’m looking forward to hearing from you. 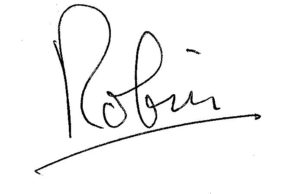